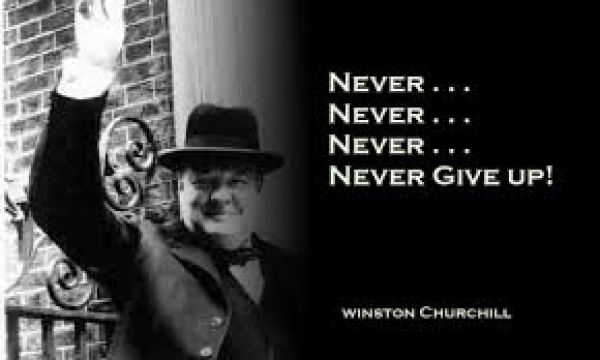 Success is not final...Failure is not fatal...it's the courage to continue that counts...

The Halliburton Loophole: Why Fracking Presents a Clear and Present Danger to Farmers and Ranchers' Lands and Water

The Salted Lands Council was founded not to ban fracking, nor to put a moratorium on it. Our purpose is to promote transparency, accountability and good stewardship of the land that’s being fracked. That includes clean up of salt spills by responsible parties, and in North Dakota those parties include the State of North Dakota as well as the oil industry.

These first few years of unconventional oil production by fracking have brought great economic benefits to North Dakota. But there’s no denying that it hasn’t been an unalloyed blessing. Neither was the first sixty years of conventional oil production in the state. The lack of North Dakota agencies ' due care of toxic salt began 60 years ago and continues to this day.

The Council plans to address issues on the recent blowouts, oil spills and salt spills the news of which North Dakota officials have seen fit to withhold from the public. Sadly, North Dakota state officials are more concerned about protecting oil companies from embarrassment than protecting private and public property from damage due to fracking.

The Council will focus on salt spills because even though they don’t get as much media attention they represent a far greater peril to North Dakota’s land and water. For decades, millions of barrels of toxic salt water have been dumped into reserve pits which the American Petroleum Institute itself (API) warned in 1932 would leach salt, kill soil and corrupt aquifers. But the oil industry ignored its own experts. Despite this warning, from the 1950s through the late 1970s the oil industry dumped the by-product of oil production, salt water, into unlined pits.

Six decades of oil industry presence in our state has left us thousands of buried and forgotten reserve pits. Each one contains up to 250 tons of salt. Like forgotten land mines, they lie near surface of the earth. While they don't explode, they leach soil-killing sodium chloride.

The Salted Lands Council insists that the state prepare accounts of not only the old pits, but also the more recent Bakken spills. We must locate and contain the most likely contaminators of farmland, ranch lands, and underlying aquifers.

In this first blog entry, we discuss former Vice President Cheney's Halliburton Loophole, which was the seed for many federal environmental disasters.

For ten years the unconventional oil and gas industry has been effective in making the regulation of water produced in fracking a swiss cheese affair. The federal Safe Water Drinking Act (SDWA) originally required a permit for all underground injections. Makes sense, if you want to safeguard drinking water.

Originally, a permit was to be granted only if the applicant demonstrated that the injection "will not endanger drinking water sources." The U.S. EPA’s original policy was that, despite the immense voumes of fluid injected into the ground, fracking was not an underground injection, and therefore didn’t require a permit.

In 1997, in the case of Legal Environmental Assistance Foundation v. EPA (118 F.3d at 1474), a federal court in Alabama held that the EPA’s interpretation of the SDWA was wrong, and that fracking did require a permit. Despite the clarity of the court's decision, in response the the Bush- Cheney Administration's EPA conducted the most questionable government study since the days of Teapot Dome. The study, which focused on coalbed methane wells, was a scientific travesty and did not honestly assess the effects of fracking on the environment. Significantly, the EPA study did not investigate the fracking of shale formations. It did not find any causal connection between  contamination cases and the injection of fracking fluids into coalbed methane wells, and on this basis the EPA concluded that hydraulic fracturing did not merit further study. (U.S. E.P.A., Evaluation of Impacts to Underground Sources of Drinking Water by Hydraulic Fracturing of Coalbed Methane Reservoirs; National Study Final Report 1 (2004)).

Although the methodology, impartiality and scientific integrity of this study have been thoroughly discredited, it has never been withdrawn and the oil and gas industry still uses it to argue their case that fracking is completely harmless.

But the worst result of the study was its use as the basis for the "Halliburton Loophole," a provision of the Energy Policy Act of 2005 that formally exempted fracking from EPA regulation.

History like this hardly warrants North Dakotans’ acceptance of a"trust us" answer from the oil and gas industry when it comes to protecting their farms and ranches.

In the face of tactics such as this at the federal level, we believe North Dakota landowners will have to rely on North Dakota's Public Trust Doctrine for legal remedy. The doctrine declares that all North Dakota water is Public Trust Property. The state, as trustee, has a non-delegable duty to manage both fresh water in the ground and produced salt water from fracking. By issuing permits for drilling oil wells, the state is taking action to produce a public benefit.

Salt water spills are inevitable. Each spill has the potential to damage or destroy private property. In every case water is the vector for salt contamination. After 60 years, salt spill record keeping and clean up is not a priority with state enforcement authorities.

North Dakotans need to know their own state's laws and trust state judges to protect their interests because the oil industry and its collaborationist politicians certainly will not.

To be sure, the Salted Lands Council recognizes that fracking and the oil boom have brought great economic benefits to farmers and ranchers. The Council does not seek to take the punch bowl away from the party.

Rather, our Council is here to make sure that spills caused by the fracking boom are reported accurately, that the responsible parties are made to take action and compensate landowners, and that industry clean ups are audited. Merely saying that clean up is proceeding is not enough.

For the future, salt water management will require gauging and real time monitoring. Those measures will provide the best assurance that fracking is done in an environmentally responsible way, and with proper precautions will reduce the types of accidents that have been all too frequent in the past few years in North Dakota.

With your support, oil and gas will continue to benefit not only North Dakota, but the U.S. as a whole, and assist the nation in its long-sought goal of energy independence. But as we work toward that goal, the Salted Lands Council wants to ensure that the North Dakota that we know will still be here when the last oil production site is restored to original condition. We can locate and halt the spread of old salt. Remediation will cost billions, but that’s a figure of the same magnitude as the profits being made regularly by the oil industry in North Dakota. We are confident our efforts will succeed.

In our next blog we will focus on the 1932 API warning and 1980- 2014 reclamation research of North Dakota State Geologist, Edward Murphy. Murphy's work does not stand alone.